IRAN AND THE PMF 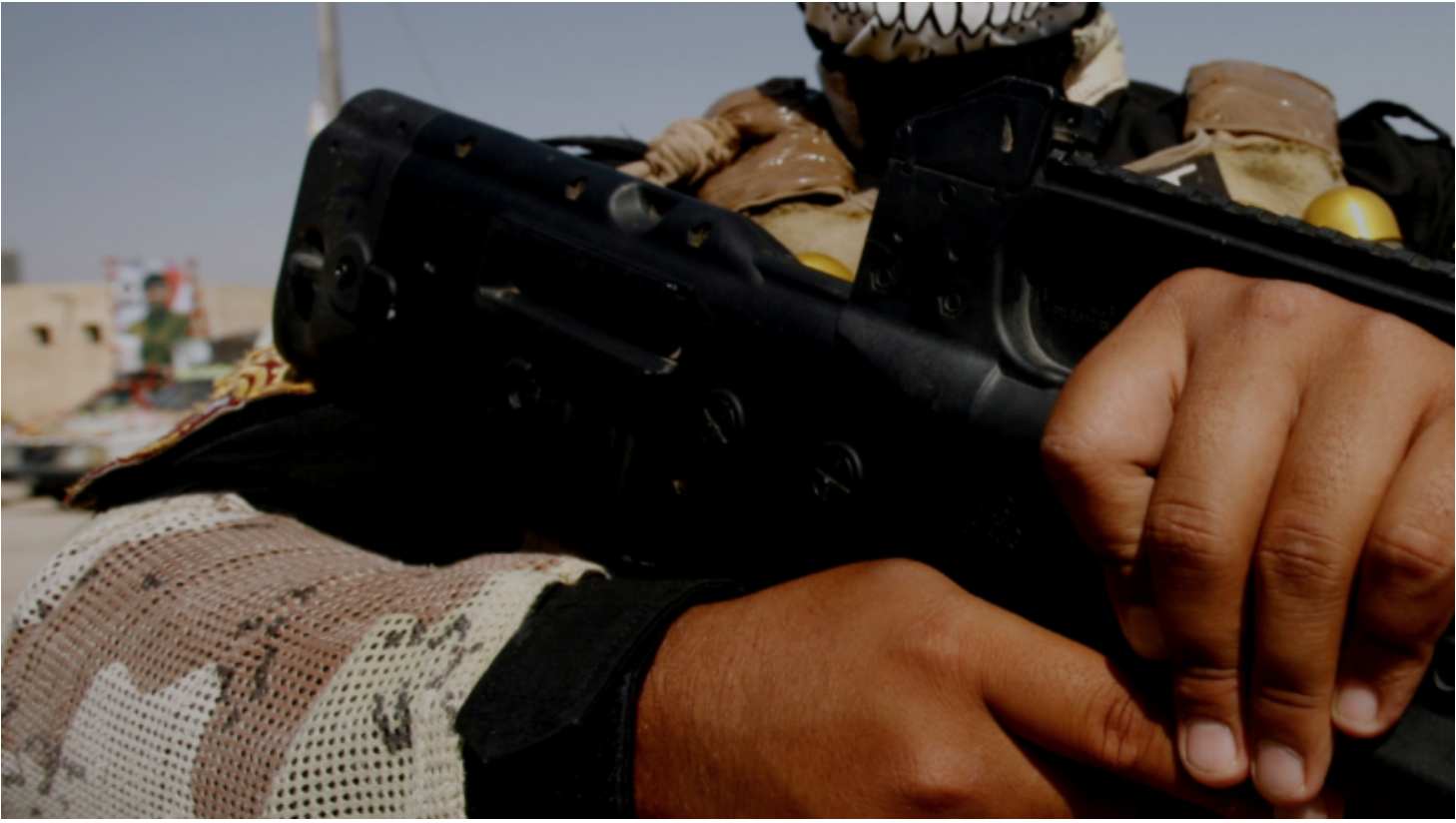 A watchful shepherd, or a wolf in sheep's clothing

The Popular Mobilization Forces (PMF) have played a pivotal role in securing Iraq from the self-proclaimed Islamic State of Iraq and ash-Sham (ISIS), but the allegiances of its primarily Shi’ite militias are shifting toward Shia Iran, worsening the security situation in Iraq. In the three years since its inception, the PMF has partially transitioned into merely a component of Iran’s scheme to assert its regional dominance. Factions of the PMF have become Iran’s proxy presence in Iraq, laying the groundwork for renewed sectarian violence and insurgency in the country.

Although Sunnis, Christians, and Yazidis are represented within the ranks of the PMF,3 the confederation is primarily composed of Shia militias,20 giving the PMF and Iran a common identity. In early June 2014, after the Iraqi army buckled and Mosul fell to ISIS, Iraqi Shia senior cleric Ayatollah Ali al-Sistani issued a non-sectarian1 fatwa calling for the defense of Iraq’s cities.7 Accepting the Grand Ayatollah’s instructions as virtually infallible, Shia Muslims swarmed to arms by the tens of thousands. New volunteers swelled the ranks of Iraqi Shia militias, and the Iraqi Ministry of the Interior gave the militias its official state sanction. Thus, the PMF was born—a conglomerate of about forty4 – mostly Shia – militias that came together in June 2014, under the auspices of the Iraqi Ministry of the Interior, to oppose ISIS. However, despite its official role as an auxiliary force to the Iraqi army, the PMF functions more like a proxy for Iran in Iraq.

The PMF is by no means monolithic, and some of its factions’ loyalties lie elsewhere, but its financial and materiel support comes primarily from Iran. In the PMF’s first year, Iran sold Iraq almost $10 billion worth of weapons and military supplies for the PMF.17 By contrast, the U.S. has transferred a total of $1.6 billion in warfighting materials to armed groups in Iraq since the formation of the PMF.18Within the PMF, there is the Abbas Division, controlled by Sistani but closely aligned with the Iraqi government and trained by Iraq’s special forces, the Peace Brigades, who are loyal to Iraqi cleric and politician Moqtada al-Sadr, and the Badr Organization, an Iranian proxy militia.19 Loyalties are moderately diverse, but all PMF militias have at least one thing in common: all are opposed to the spread of ISIS.

Consistent with Iran’s strategy of developing strong proxies to leverage against its neighbors, Iraq has virtually no control over the PMF militias. The Atlantic Council assesses that “the development of strong proxies is perhaps the main method by which Iran challenges its neighbors and rivals while stopping short of state conflict.”21 Most of the militias operating in Iraq neglect to coordinate with the Iraqi army,8 many of them refuse to cooperate even with each other, and some of them are led by officers in the Iranian military. According to Iraqi Captain Muhammad al-Saadi, “Everyone thinks that the Iraqi army is the main force fighting the IS group and that the Shi’ite militias support the army, but the reality on the ground would suggest that the army doesn’t actually have any authority over these militias and that the militias make their own decisions.”2 Additionally, some of the militias refuse to work with each other.2 Of most concern is that Iran has inserted its own military officers into positions of leadership within the PMF, and while the officers’ salaries are paid by the Iraq Ministry of the Interior, they answer to an Iranian Quds Force chain of command.4,22

The PMF militias are worsening the security situation in Iraq through lack of discipline. If a militia member flees the battlefield without permission, or makes a mistake that gets a civilian killed, he will face no punishment, whereas, if an Iraqi soldier commits the same offense, he could face loss of rank, a pay cut, or worse. That leaves little disincentive against war crimes or human rights abuses and nothing to keep militias in line.2 Furthermore, PMF militias’ talk of exacting vengeance on Sunni Turkmen suspected of sympathizing with ISIS is provoking Turkey toward engaging in armed conflict with the PMF in Iraq.3,11

The PMF has committed war crimes and human rights abuses, renewing sectarian grievances between Sunnis and Shi’ites like those which led to the rise of ISIS. With no internal policing and nominal external accountability from Iraq, it should come as no surprise that PMF militias have acted inappropriately,9,12 which many Iraqi Sunnis predicted would happen. When the Iraqi parliament voted in 2016 to recognize the PMF as a legal and separate military corps from the Iraqi Army, all Shi’ite blocks voted for the bill, and the Sunni minority in parliament boycotted the session.20 Among other accusations, PMF militiamen stand accused of using civilians as human shields,10 and murdering two Sunni tribesmen and a Sunni tribal leader. Disillusioned with the PMF despite its victories against ISIS, Sunni tribal leaders in the “Council of Tribal Sheikhs in Anbar” have called for the removal of all armed groups other than the Iraqi Army and the Iraqi Police in Anbar Province.6 Some Iraqis on social media have called the PMF a terrorist organization no better than ISIS.15,16 If the PMF is allowed to continue this reckless campaign, Iraq could see another Sunni insurgency develop in resistance to PMF abuses. ■