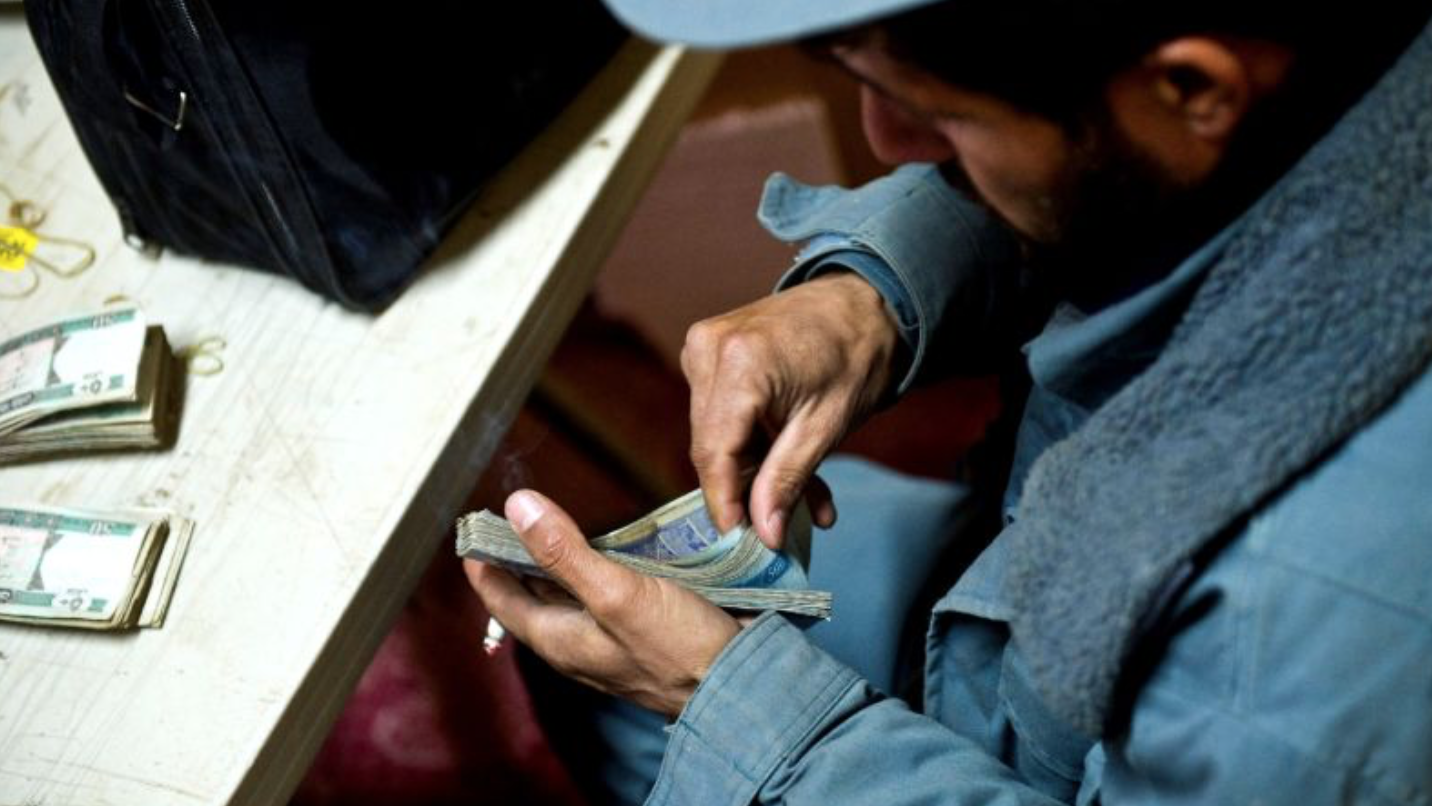 Every organized crime syndicate needs a way to move money around without getting caught. One system that has long been used worldwide for that purpose is hawala. Hawala, which originated in the Middle East and South Asia, is a surprisingly effective means of transferring great quantities of money very quickly. It is also extremely difficult to track. It originally developed as the default mode of money transfer in regions where no formalized system existed, but in modern times organized crime uses it to bypass government restrictions and engage in illicit monetary transactions. The United States has pressured other governments to close down the hawala system as a counterterrorism measure against Al Qaeda and other organized crime groups, but outlawing the hawala system is neither a wise nor practical solution. The United States should use more moderate measures, such as broker registration and monitoring, to isolate organized crime while retaining the legitimate uses of hawala’s transfer system.

The illicit uses of hawala abound. The thriving narcotics trade of Afghanistan, one of the largest in the world, relies on hawala instead of wire transfers to move money across national boundaries.1 Much of India’s underground hawala network is managed by Dawood Ibrahim, a successful international crime boss on India’s most-wanted list operating out of Pakistan. Ibrahim uses the system extensively for money laundering and racketeering.2 Al Qaeda is also known to favor hawala, first because there was no practical alternative in Afghanistan, and second because hawala was much safer when the government eventually increased banking regulations.3

Hawala is a system of rapid and efficient monetary transfer, especially across national boundaries. Although the system is relatively unusual within western nations, hawala has thrived in the Middle East and South Asia for hundreds of years, probably beginning as early as the twelfth century.4 In modern Western perception, hawala is often frowned upon for facilitating money laundering and other criminal activity. While hawala has definitely been used in that way, certain third-world nations such as Afghanistan depend heavily on the system for normal economic activity.

The novelty of hawala is that the entire system is built on trust and self-regulation rather than governmental coercion. This characteristic enables hawala to function where government is unstable or where legitimate banking systems are inefficient and unreliable. Organizationally, hawala exists as an international system of trusted brokers, or “hawaladars.” Individual hawaladars operate independently, yet cooperative with other hawaladars to transfer money between clients. They earn profit by taking a percentage of each transfer as a commission for their services.

The true elegance and efficiency of hawala consists in its ability to transfer monetary value across national borders without actually moving any money at all. The basic process is straightforward:

[A] hawala broker in one country, takes money from a customer and, for a fee, has an associate in another country dispense an equal amount to the recipient. The hawala brokers settle their debts with each other daily, weekly, or monthly, often by a reverse transfer.5

The integrity of transfers is managed by assigning a unique password to each transaction. In the scenario above, the first hawala broker issues a password both to the customer and to the associate broker. The customer then shares the password with the recipient. The recipient approaches the associate broker and gives that broker the password, then receives the money and closes the deal.

The key to the hawala transfer process is that in the course of the transaction, neither the two customers nor the hawaladars exchange funds with each other. Instead, the hawaladars simply maintain an unofficial record of debit and credit between themselves and make their profit on the commission fees. Put another way, hawaladar ‘A’ does not need to send money to hawaladar ‘B’; instead, both hawaladars simply keep a record of the debit that ‘A’ owes to ‘B,’ and when a reverse transaction takes place, they adjust the balance between them.

The technicalities of operating a hawala business can be significantly more involved than what is described above, but from the client’s perspective, using a well-established hawaladar is safe, efficient, and cuts through all the red tape of government regulation. Traditional banking systems track the movements of funds closely, require proper identification, and work within government enforced exchange rates. In contrast, a hawala customer can transfer enormous sums of money anywhere in the world within days or even hours, bypassing official exchange rates, taxes, and transfer limits.

The Challenges Presented by Hawala

While not inherently criminal, hawala functions extraordinarily well as a system for illicit monetary transactions. Because hawaladars keep their ledgers independently and informally, there is no central record of transactions between customers. Additionally, many hawaladars keep their records in the form of cryptic, handwritten notes and do not save the records permanently after transactions are completed.4 Since the hawaladars generally do not transfer any money through official channels even among themselves, it is difficult to detect how much money has been moved via hawala. The use of passwords for transmission to recipients means that the hawaladars do not even need to know what person or organization is receiving the money.

Until recently, hawaladars operated legally and thrived within Middle Eastern countries such as India and Pakistan. But following the 9/11 attacks in 2001, the US began to pressure the international community to monitor and limit the use of hawala as a counterterrorism measure against terrorist financing. Recognizing how easily the system could be used by organized crime rings, a number of countries outlawed hawala completely (though they have had less success enforcing the law).

Since 2004, the Pakistani government has required all hawaladars to register as licensed foreign exchange dealers, forcing them to comply with government regulations and oversight. India took more extreme measures: while hawala had already been made illegal in 1999, in 2002 the government enacted stricter anti-money-laundering legislation that threatened those involved in hawala with imprisonment.4 United Arab Emirates (UAE) and Afghanistan have also taken steps to monitor hawala: legal Afghan hawaladars must be licensed and submit transaction reports to the Central Bank financial intelligence agency. A similar arrangement governs the operation of hawala in UAE. Despite all these measures, however, hawaladars still operate illegally and off the books throughout South Asia and the Middle East.

The added challenge in dealing with hawala is that in certain regions hawala is the only safe and efficient way to move money around. Afghanistan in particular is known to depend heavily on hawala for ordinary payment transactions in the absence of a functional national banking system. In 2011 alone, an estimated $4.6 billion left Afghanistan via hawala, a greater sum than the country’s entire national budget. Pakistan, too, has relied upon hawala in the absence of a strong banking system: only 15% of Pakistani citizens are bank account holders. In 2002, Pakistani officials estimated that more than $7 billion entered Pakistan via hawala transactions.4 Hawala usage has decreased since, as more legal channels were put in place, but it still remains a significant part of everyday finance.

Despite the challenges posed by widespread hawala usage, US Deputy National Security Advisor Juan Zarate, previously of the US Department of the Treasury, has argued that making hawala illegal is a poor strategy. For better or for worse, hawala is used widely for legitimate purposes. It is prevalent enough that measures to eradicate it have not been effectual. For example, according to Zarate, India has essentially refused to acknowledge the existence of hawala for political reasons: India’s government wants to be perceived as an advanced, first-world nation with a stable banking system. Yet illicit usage of the hawala system thrives in India nonetheless. Zarate suggests that rather than trying to criminalize hawala, national governments should permit it, yet increase and enforce regulatory measures over time. While some national governments have introduced regulatory measures, those nations have also been lax at finding and penalizing hawala operators who duck the regulations.5

Hawala is an efficient and accepted system of money transfer in the Middle East; eradicating such an entrenched system overnight is not practicable. Furthermore, the removal of hawala would be economically damaging to several nations.

But all the same, hawala is known for its role in terrorism sponsorship, money laundering, and drug trafficking. There is no one-size-fits-all solution to the problems associated with hawala, but where possible the US should seek to work with hawala brokers and national governments to track hawala payments rather than criminalize the system altogether. The linchpin to successful monitoring of hawala, however, will be government policy: Middle Eastern and South Asian governments must recognize and affirm the legitimacy of hawala while simultaneously enforcing registration policies, creating a culture where unregulated hawaladars are marginalized, and legal hawaladars can thrive. ■