ENTRYWAY TO ESPIONAGE: THE DANGERS IN NORMALIZED CUBAN RELATIONS 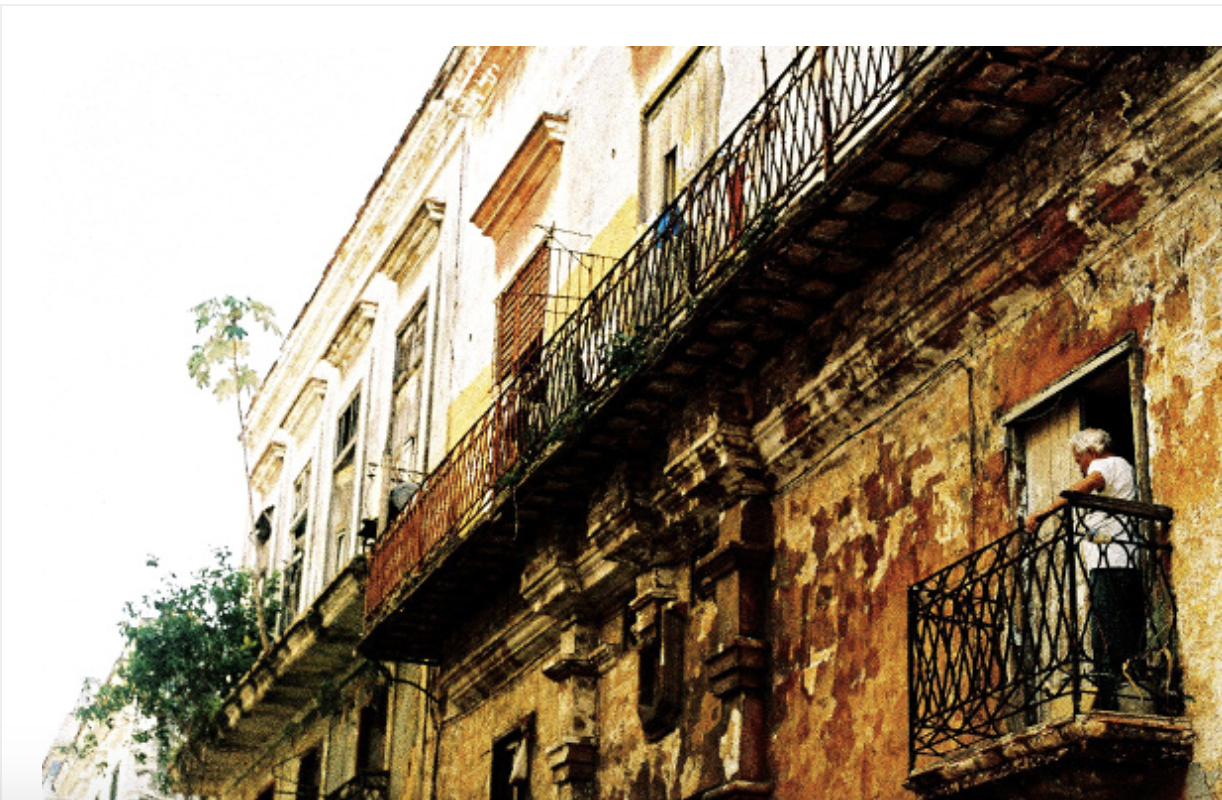 The United States cannot let down its guard with normalized Cuban-American relations: Cube still poses a serve economic espionage threat to the United States, more than ever before.

Recent normalized Cuban-American relations have led many people to the rather idealistic belief that a harmless and oppressed Cuba will finally obtain exposure to democratic ideals and enjoy increased prosperity. They reason that the increased travel and business with Cuba is the key to improved conditions in the country and the collapse of the Castro regime. Whether or not this is the case, every policy has its downsides. To be specific, increased communication between Cuba and America will provide a more convenient opportunity for Cuban espionage.1 This is a disconcerting development, since Cuba has one of the strongest intelligence agencies in the world.1 The United States cannot let its guard down and relax on the beaches of Havana too quickly; rather, it must strive to strengthen counterintelligence measures. FBI agents should continue to brief State Department staff on situational awareness and counterintelligence.1It is imperative that the United States international community and American businesses recognize the threat Cuba poses with economic espionage and, consequently, take measures to strengthen counterintelligence operations within American businesses.

The Strength of the Underdog

Despite its weak economy and small size, Cuba has a formidable intelligence and counterintelligence force. Although Cuba’s intelligence organization only employs around 20,000, it is among the best in the world.3 The Directorate of Intelligence, or DI, is Cuba’s strongest intelligence agency. Its success is partly due to the tutelage it received from the Soviet KGB, beginning in 1962. A declassified CIA report reveals that by 1968, the DI had been “molded into a highly professional intelligence organization along classic Soviet lines.”4Cuba and the Soviet Union developed a mutually beneficial relationship in its efforts to combat the West. Indeed, throughout the Cold War, the Soviet Union retained its high confidence in Cuba’s intelligence-collection abilities, delegating many responsibilities to its Cuban protégés following the mass expulsion of Soviet spies from London in 1971.5According to a 1983 newspaper, “Fidel Castro’s spy network is so extensive that it has infiltrated virtually every anti-Castro organization in the United States.”6 In addition to thwarting US backed regimes in El Salvador and Guatemala in the 1980s, Cuba had a significant intelligence presence in Western Europe. It is estimated that the DI had 150 officers in Spain, which is more officers than any NATO member’s intelligence agency had in Spain at the time.5

The Depth and Breadth of Infiltration

Even after the Cold War, Cuba continued to infiltrate the United States with its spy networks. In 2009, Christopher Simmons, former counterintelligence analyst with expertise in Cuban intelligence operations estimated that Cuba had at least 250 agents operating in the United States, with around six to nine senior agents in the US government, a dozen in academia, and 30-36 under diplomatic cover at Cuban missions.8  The Defense Intelligence Agency’s statement before the Senate Armed Services Committee reveals, “Cuban intelligence services, having proven very capable of penetrating key US and DoD targets, remain the predominant counterintelligence threat to the US emanating from Latin America.”7 Moreover, there have been various high-profile cases of Cuban infiltration at top levels of the United States government, including the case of the Myers, a State Department employee and his wife, who were invited to Cuba and then agreed to serve as clandestine agents of the Cuban government.8

Cuban economic espionage tactics cover a broad range of areas, including information giving to other nations, but one that will become more prevalent in the United States with normalized Cuban-American relations is economic espionage. General James Clapper recently warned, “The threat from foreign intelligence entities…is persistent, complex, and evolving. Targeting and collection of US political, military, economic, and technical information by foreign intelligence services continues unabated.”9 He placed Cuba second only to Russia and China on the list of espionage threats. The Senate Armed Services Committee assessed threats to the United States and announced, “the targeting of national security information and proprietary information from US companies and research institutions…will remain a persistent threat to US interests.”9 Individuals who aspire to start a business in Cuba should keep in mind that “everything in Cuba is heavily influenced by Cuba’s intelligence service, the DI.” Propriety information could easily be stolen.10 US intelligence specialists know that Cuba provides other anti-West countries—such as Iran, China, and North Korea—with information, including commercial and technical data, collected by its US-based spies.5

The necessity of Cuba’s economic improvement provides added incentive for them to obtain trade and business secrets from US companies that come to Cuba, or vice-versa.

Raul Castro announced in early 2013 that he intended to step down in 2018.11 This action signals a major political transition that will also be accompanied by major economic reforms that have the goal of creating growth and attracting more foreign investment. The growing acceptance of Cuba as a legitimate state will allow them to expand their market for intelligence beyond the small group of radical governments. The United States’ trade rivals may appreciate information about the United States that Cuba is able to accumulate. When the Economic Espionage Act was passed in 1996, the CIA reported that France, Israel, Russia, China, and Cuba each conducted economic espionage against the United States.13Due to the large role China plays in economic espionage, its desire for Cuban information on the United States is probable. James M. Olson, former CIA officer warned, “The United States will be the constant target of jealousies, rivalries, and challenges to its economic wellbeing…This inevitably means that the United States will be the target of large-scale foreign espionage.”13

Cuban spies have been known to target individuals for recruitment directly in the workplace or academic environment. An FBI report reveals that often, spies are not even notified of their position but are “co-opted as spies because of their political position or political views that can be exploited for supporting Cuban goals, either as open supporters or unwitting dupes.”12 These past methods of recruitment could easily translate to the workplace, allowing the DI to persuade employees and obtain sensitive information. Normalized Cuban-American relations and the subsequent growth of American business in Cuba will increase the possibility of this type of threat. US citizens who open up a business in Cuba must realize that the Cuban government will take control of a majority stake in the company, the Cuban government will select the local workforce, and Cuban managers are likely to control most business decisions.10 This setup would provide an optimal environment in which information could be obtained.

Another way Cuba could conduct their espionage operations is through global connections. For many years, Cuba hosted a Russian intelligence base, called Signals Intelligence Facility. A Russian newspaper, Kommersant, reported that Cuban President, Raul Castro, said that up to 75 percent of Moscow’s intelligence on the United States came from that base.14 The complex had the ability to monitor a plethora of commercial and government communications throughout the southeastern United States and between the US and Europe. With the strained US-Russian relations, it is conceivable that an arrangement of this kind may occur again. Moreover, China’s track record of aiding nations such as North Korea in their cyber capabilities should serve as a warning that it could do so in the future.15

United States industries spend the most on research and development out of every other country in the world. If someone were to steal that information, it would severely undermine US economic power. Currently, this sort of economic espionage costs the American economy billions of dollars every year and threatens US national security.16 A study by the ASIS in 2007 concluded that economic espionage continues to pose a serious threat to the United States and documented losses of trade secrets have significantly negatively affected the finances of US companies.17

A Call to Action

In light of the economic threat posed by Cuba, the US must take successful countermeasures to protect its information. Currently, the FBI takes a proactive approach to combating this form of espionage. Its Economic Espionage program develops training and outreach materials, and each of the 56 FBI field offices actively cooperates with law enforcement and intelligence community regarding requirement issues, and visits private industry.18 Combating espionage including economic espionage is a top priority for the FBI, second only to terrorism.18 The FBI must stand firm by its Counterintelligence National Strategy. Although this strategy remains classified, its overall goals include protection of the Intelligence community’s secrets and nation’s critical assets, as well as maintaining strategic partnerships. To this end, the US intelligence community must partner with businesses to increase awareness of threats.19

In addition to maintaining the strength of US intelligence and counterintelligence departments’ resources and techniques, US businesses also can increase their counterintelligence efforts. According to The National Counterintelligence Strategy of the United States, “comprehensive risk management, valid security practices, and an informed strategic world view are among the best guarantors of success against foreign intelligence threats.”20 First, it is important that employees are informed about important aspects of the external environment, such as the threat that Cuban espionage poses to the US. Business should forge closer ties with the FBI, which has exclusive jurisdiction for economic espionage and offers a Strategic Partnership Program dedicated to protecting against such threats. One component of this program is the Business Alliance, in which the FBI provides counterintelligence education to businesses, allowing them to better identify their vulnerabilities and adapt their behavior to ensure greater protection.21

Recognizing a threat is the first step to protecting the country. Although the Cold War may be over and relations have technically thawed between Cuba and the United States, the two nations are not yet ready to become best friends. US businesses and intelligence agencies alike must hearken back to the long history of espionage Cuba has performed on the United States. Due to this tumultuous history, Americans must not take a utopian view of Cuban-American normalization, but instead must recognize the dangers associated with this new international arrangement.22  ■