DID RUSSIA INFLUENCE THE 2016 PRESIDENTIAL ELECTION? 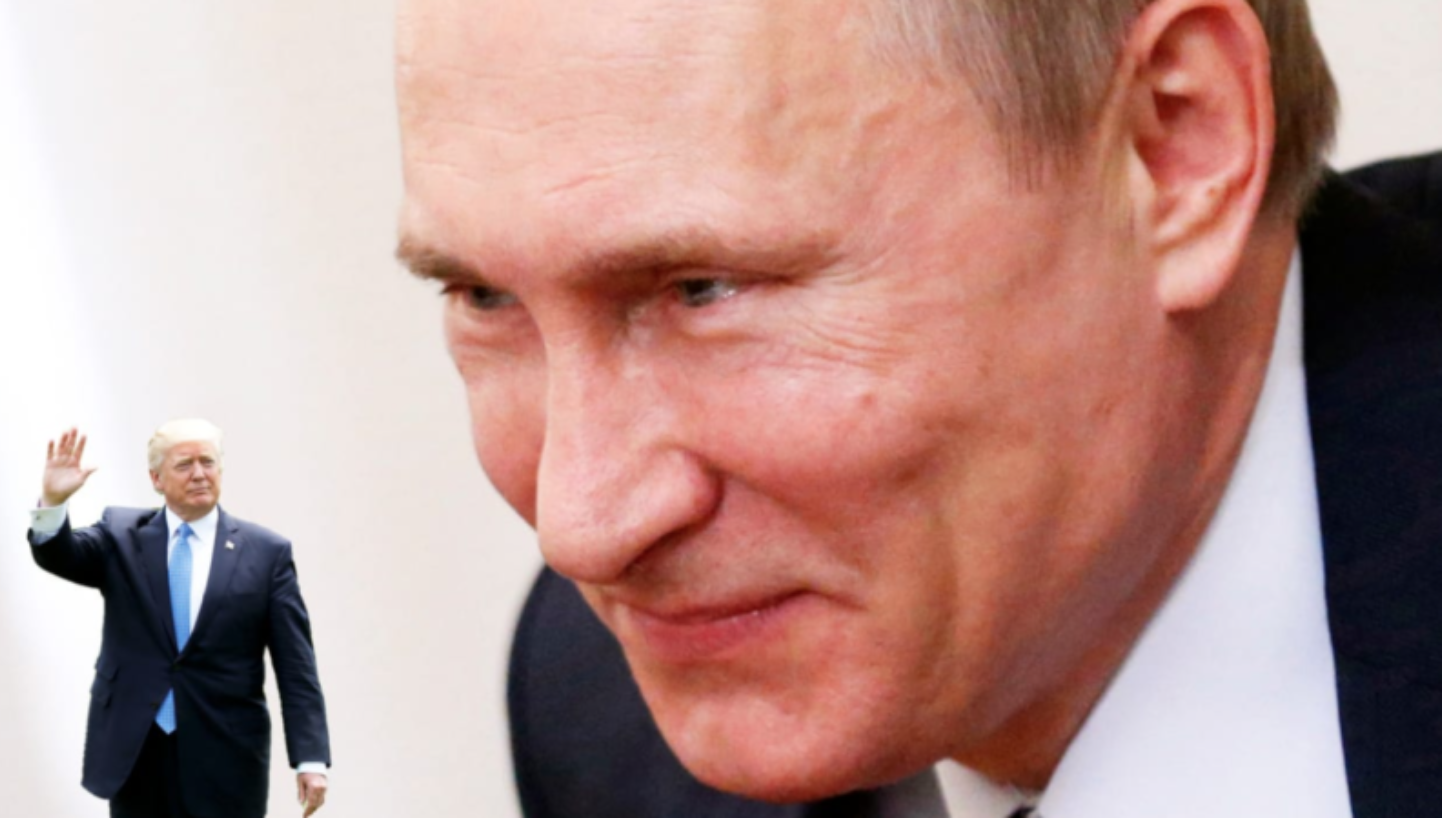 Inside the Kremlin's covert influence campaign against the 2016 U.S. presidential election

Russian manipulation of the 2016 U.S. presidential election employed a diversified portfolio of overt and covert propaganda resources which it spent years cultivating and will likely use to influence Western elections in the future. On 9 December 2016, the Central Intelligence Agency (CIA) publicly assessed that the Kremlin had influenced the recent U.S. presidential election. In the following months, it became clear Russia had leveraged its resources to promote the Trump campaign and undercut Clinton’s candidacy. Now, nearly a year later, the public is only just beginning to understand the complexity of Russia’s multifaceted covert influence campaign. The promotion of now-President Trump’s 2016 campaign was but a fraction of Putin’s overarching strategy to undermine liberal democratic society by attacking and casting doubt on the very efficacy of the election process.

Russia funneled overt propaganda into the United States through both the public statements of Russian officials and media coverage of the U.S. election by state-influenced, internationally focused news organizations Russia Today (RT) and Sputink.1 In its high-confidence assessment on Russian influence in the 2016 U.S. presidential election, the Director of National Intelligence (DNI) referenced online RT video updates intended to denigrate Clinton and paint Trump as the victim of political attack. Most notable among them were “Clinton and ISIS Funded by the Same Money,” which accumulated some 9 million views, and “Trump Will Not Be Permitted to Win,” which garnered a less substantial 2.2 million views.1 Some doubt RT’s propaganda had much of an effect on U.S. voters, arguing that it greatly exaggerates its readership and that its channel actually has a fairly low U.S. subscription.2Despite the uncertainty of RT and Sputnik’s true effects on the conscience of the American voter, their intent to spread disinformation has been made clear through the groups’ persistent publication of skewed articles, which deftly blend fact and fiction, and its habit of firing employees who refuse to fudge the truth.3, 4 What may be more significant than American consumption of Russian news is its affirmation, and probable fueling, of the storyline Trump fed to his voters prior to the election. Trump’s claims that the “election is rigged” certainly seem to echo Russia’s narrative that Trump was a victim of the political establishment.1, 5

Kremlin-associated trolls covertly leveraged social media platforms to promote divisiveness and reactionary, nationalistic decision making. The Internet Research Agency (IRA), a St. Petersburg-based group of nearly 1,000 professional Russian “trolls,” created and maintained a variety of social media profiles intended to stir up controversy and spread disinformation.1 Though not technically a government entity, the IRA is one of the Kremlin’s most important cyber assets.6 Profiles generated and maintained by the IRA were used to spread pro-Russian sentiment in Ukraine, but began transitioning to pro-Trump profiles as early as December of 2015.1 IRA-connected profiles played a crucial role in spreading and drawing attention to divisive information obtained through a year-long hack of the Democratic National Convention’s (DNC) network.1 Such profiles pose threats beyond simply influencing public opinion. False social media profiles can be used to exaggerate public concern over particular issues, exacerbate pre-existing conflicts, and disseminate disinformation, and the IRA has even used them to generate media attention for fabricated Islamic State of Iraq and ash-Sham (ISIS) attacks and Ebola outbreaks in the U.S.7 As Adrian Chen, an investigative journalist who tracked the IRA for years, put it, “Russia’s information war might be thought of as the biggest trolling operation in history…And its target is nothing less than the utility of the Internet as a democratic space.”6

In the months leading up to the election, Russia purchased approximately $100,000 worth of politically-targeted Facebook advertisements through 470 phony Russian Facebook accounts.8 The advertisements focused primarily on polarizing issues, such as the Black Lives Matter movement and associated racial conflict, LGBT rights, gun rights, and Muslim women who supported Clinton’s candidacy. These advertisements did not promote a singular perspective; rather, they focused on promoting divisiveness by highlighting the most controversial issues in U.S. politics.8 Facebook indicated in a press release that approximately 10 million Facebook users had viewed the ads purchased by Russia, and about 44% of those ads were viewed prior to the election.9

Kremlin-associated hackers strategically collected and disseminated sensitive information to influence U.S. voters and formulate a more robust understanding of election infrastructure. As early as 2014, Russian intelligence began gathering information on U.S. electoral procedures, technology, and systems.1 During the presidential campaign season, Russia hacked into the electoral systems of 21 different states, in addition to targeting primary campaigns and think tanks.10 In late September the DHS privately revealed to each state whether or not they had been the victim of a cyber attack. It would appear the Russians did not select their targets based on geographical location or traditional political orientation, as the final list of victims contained a disparate spread of both.11 The DHS noted that most states did not experience true system breaches. Some states, such as Ohio, experienced hacks which lasted less than a second and were not repeated.11 In Arizona, the username and password of a single election official was Russia’s only retrieval.11 In more extreme cases, such as the state of Illinois, some 90,000 voter profiles were stolen before the Russian intrusion was discovered.10,12 Even in the most invasive hacks, however, relatively limited information was removed and there is no evidence that voter rolls or vote counts were adjusted.11 New York Times recently suggested that VR e-Poll Book Software may have been hacked, which would have resulted in entire populations of qualified voters being denied their right to vote.12 This theory is consistent with the assertions of a leaked National Security Agency (NSA) report, which hinted that VR Software may have been a target of Russian hacking.13 However, this claim is highly contested by election officials from Durham, NC where the supposed breach of VR e-Poll Book Software occurred. These officials assert that there is no evidence of any intentional software manipulation and claim that the errors on election day were simply the results of operator error.14

Russia disseminated information obtained through a year-long infiltration of the DNC network through traditional venues like WikiLeaks and DCLeaks and less conventional means, such as the online hacking persona Guccifer 2.0. Russia maintained access to the DNC network from, at the very least, July 2015 to June 2016. The full extent of Russian penetration into the DNC network is uncertain.1 Russia began releasing sensitive information obtained through its infiltration of the DNC on DCLeaks in June 2016, and used insight obtained from both the network and senior Democratic officials to exacerbate divisions within the Democratic party. Information obtained during the DNC hack also appeared on WikiLeaks, a site which has known ties to RT, and was disclosed to a variety of journalists through the online persona, Guccifer 2.0.1 Guccifer 2.0 is, ostensibly, an independent Romanian hacker, who has publically denied affiliation with the Russian government.15 However, the multiplicity of individuals identifying themselves to journalists as “Guccifer 2.0” and the persona’s access to information known to be in the possession of the GRU–Russia’s primary military intelligence service–has lead many to suspect Guccifer 2.0 is actually a Russian asset.16 The use of decentralized, “independent” hackers to disseminate sensitive information provides the Kremlin with the security of plausible deniability and complicates the U.S.’ task of combatting cyber attacks against its political institutions.

Regardless of whether or not Russia’s covert influence campaign directly attributed to Trump’s electoral victory, its very existence has served to further the Kremlin’s long-term strategic goal of undermining public trust in the democratic system. Although Russia is certainly better serviced by a Trump administration than it would have been by a staunchly anti-Russian Clinton presidency, the ultimate goal of Russia’s influence campaign was not simply to encourage the election of a political outsider to the highest seat of power in the U.S. The Kremlin sought to undermine the average citizen’s faith in democracy itself. By exacerbating political tensions through specific social media platforms and the strategic release of sensitive information through targeted leaks, Russia successfully helped to undercut public trust in its political parties and institutions. A Democratic victory in November 2016 would not have been detrimental to Russian strategic goals, because Russian hackers prepared a Twitter campaign with the hashtag #RIPDemocracy, intended for release in the event of a Trump defeat. This campaign would have capitalized on the sentiment of polarized Trump supporters who felt the system was unfairly skewed against them. As it turned out, Trump’s victory generated a social media storm of similar sentiment on its own, with democratic voters decrying the efficacy of the electoral system and, in some circumstances, even declaring “Democracy is dying.”17 U.S. media agencies have unintentionally fed the Russian strategic agenda by continuously publishing articles emphasizing the fragility of the U.S. election system, and even President Trump himself has criticized the U.S. electoral system.18 Russia’s infiltration of the U.S. election was systematic and comprehensive, targeting everything from political parties to the ideas U.S. citizens consumed through social media, and with other Western democracies reporting similar interference in their election proceedings, it’s reasonable to conclude this is only the beginning of the Kremlin’s offensive against democracy.19  ■