LOVE TRIANGLE: THE COMMODITY BUST AND THE RACE FOR LATIN AMERICA 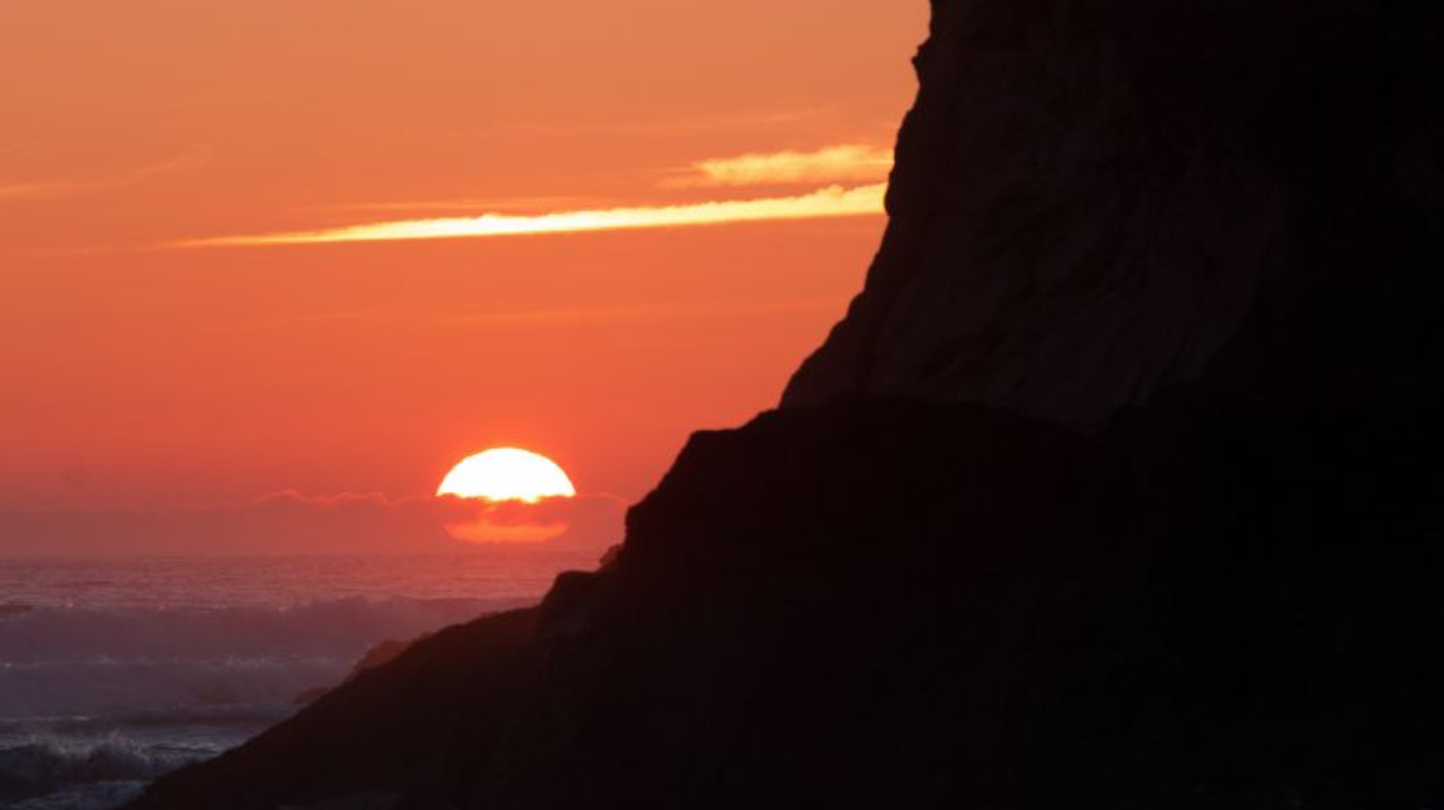 After a decade of prosperity, Latin America finds itself slipping towards depression while world superpowers are fighting to save her and preserve their own standing.

In May 2015, thousands of demonstrators poured into cities across Latin America to protest their countries’ increasingly dire financial situation and the resulting instability. Families could not understand why their middle class status was slipping away or why opportunities for their children seemed grim. Throughout the 2000s, growth in Latin American economies generally tended upward and poverty declined. However, Latin America is witnessing the twilight of its “commodity boom,” a financial boon that buoyed profits and improved quality of life. Now, forecasters are warning that slowed economic growth will continue and possibly devolve into an economic recession. As economic hopes for Latin American countries diminish, the US has the opportunity to take advantage of low prices and bolster its waning Latin American presence through direct investment.

Latin America can be divided into four economic sub regions. The first region includes Mexico and Central American countries, which, though not stable, are usually economically stronger than their neighbors because they export manufactured goods to the United States. The second region covers much of South America, most notably Brazil. These countries largely export agricultural commodities, minerals, and energy to developed nations, especially rapidly growing powers like China and India. However, slowed demand from China has significantly hurt their economies. The third region covers Bolivia, Venezuela, and Argentina. These countries have crippled economies because their populist policies have discouraged foreign investment and trade. The fourth region is often overlooked: the Caribbean. Of all the regions, the Caribbean has the most potential for growth. According to Mauro Guillen, director of the Lauder Institute, any growth in the Caribbean countries will be dependent on the outcome of recent economic and diplomatic overtures between Cuba and the US.2 Since the 1960s, the US has maintained a trade embargo on Cuba prohibiting Americans from traveling or spending money there without a license. President Obama has expressed interest in relaxing or completely lifting the embargo, which would result in a much-needed influx of tourism and trade for the entire region.

Although these four regions have their distinctions and varying economic stability, they are all comprised of small or medium-sized open economies that make them especially vulnerable to external shock. When global commodity prices fall, Latin American economies fall in tandem. Even the slightest dip in demand can have a ripple effect. This was a factor in the region’s 1980s depression, often referred to as “the lost decade” or the “Great Commodity Depression.” From 1980-2000, Latin America experienced dangerously slow growth at a measly 0.4% annual rate.3 The price of traditional exports such as crude oil plummeted to just below $25 a barrel.4 When commodity prices began to rise due to increased international demand, millions of dollars were funneled into these sinking economies, temporarily propping them up. Today, experts are criticizing Latin American countries for “squandering” these revenues and paving the path toward economic destruction.

The economic boom of the 2000s led to a decade of relative bounty and the emergence of a stronger, broader middle class in Latin America. Between 2000 and 2010, an estimated 49 million people climbed out of poverty and into the middle class. The boom was the result of a number of factors, but many attribute it to China’s and India’s increasing industrialization and their resulting demand for energy, natural materials, and minerals. Commodities also benefited from the collapse of the housing bubble, which prompted investors to turn to safer bets. Global commodity prices, especially for oil and gas, shot up. By one estimate, commodity investment more than doubled between 2006 and 2007 alone, while commodity prices increased by 71%.5 As such, Latin America was handed an unprecedented boost to its terms of net trade (the ratio of the monetary value of exports to the value of imports).

However, new forecasts are painting an ominous picture for many Latin American countries, with projections for GDP growth lowering every month. The International Monetary Fund is forecasting Latin American GDP growth of 0.9% in 2015 (the slowest of any major world region), while FocusEconomics is projecting 2016 economic growth of only 1.1%, which has been reduced 0.3% from last month. The Economic Commission for Latin America and the Caribbean (ECLAC) is projecting sluggish or even negative growth for some of the region’s largest economies, such as Argentina (-0.2%), Brazil ( 0.2%), Venezuela (-3%), and Mexico (2.1%).6 After growing at an average of 4.3% GDP from 2004-2011, the region grew by a paltry 2.6% in 2013-2014. Additionally, commodity prices (not including oil and gas) are down a quarter from their 2011 levels. Overall, analysts are looking at the possibility of a recession in the coming fiscal year.

There are several factors that play into the demise of the commodity boom. The lack of domestic and foreign demand for commodities plays a large part, leading to depressed investment. Much of the sluggish demand is due to China, which has slowly been replacing the US as Latin America’s top trading partner. Chinese banks increased investments in Latin America by 71% in 2014, while President Xi Jinping declared China’s plans to double its trade volume with Central and South America over the next decade to $250 billion. According to M.I.T., China is already ahead of the US in trading with the second sub region of South America. However, China has slowed trade down for now, as it temporarily allocates its resources elsewhere.8 In addition to the lack of foreign demand, Latin America is also facing a lack of commodities demand within its own borders as businesses increase their reliance on foreign sources. Some analysts are also blaming Latin American countries for recklessly using their funds in a consumption binge, which was compounded by currency depreciation and loose oversight.

For instance, Venezuela used a majority of its funds to support its populist-driven social spending. Other countries were simply reluctant to tighten their belts and balance their budgets. This display of imprudence has pushed many investors away, with foreign investments in Latin America dropping by 16% in 2014—more than double the 7% decline seen worldwide.

Implications for the US

As stated earlier, China has been creeping into the economic good graces of Latin America and slowly pushing the US out. Although the US is still Latin America’s top trading partner, it has shown little interest in the region beyond that. Every day, an increasing amount of US cash is escaping Latin America for safer investments elsewhere; direct investments by US firms in Latin America have declined by 20% since 2011.10 The region is also low on the list of US policy priorities. According to market expert David Morton, the erosion of American attention is creating a power vacuum—a vacuum China is more than happy to fill: “As western capital retreats from Latin America… why wouldn’t the Chinese want to fill that?”11

Indeed, China is working hard to best its Western rival. In 2014, the nation lent $22 billion to Latin America, helped fund Argentina’s nuclear power plant, launched Bolivia’s first satellite, and may be aiding Venezuela with its drone program.12 This new relationship between Latin America and China is symbiotic; China needs commodities and Latin America needs fast cash. In a symbolic indication of this new partnership, Latin American countries formed the Community of Latin American and Caribbean States (CELAC) in 2010. The new organization excludes the US and Canada, and in a gesture of defiance, held its inaugural meeting in Beijing—not Washington DC.

With the increasing possibility of hostile Latin American neighbors—or at the very least, Chinese sympathizers—the US should take advantage of China’s current slowdown in trade and take steps to ensure its primary spot in Latin America. Although Latin America is more of a shaky investment, the dangers of a Chinese-Latin American alliance are all too real to ignore. As Latin American expert Ellis Evan says, “China provides a source of financing and export markets without pressures to adhere to practices of transparency, open markets, and Western style democracy.”13

To combat this, many have pressured the US government to lift its embargo on Cuba. However, such a drastic move has its own national security implications by showing Cuba a weak US government. Instead, the US could relax certain restrictions (such as the trade of agricultural products), but impose strict conditions and even levy a tariff. The US should also focus on investing in various Latin American commodities such as iron ore and gold. Additionally, it should attempt to be more flexible with its trade policies, and attempt greater diplomatic overtures. Whatever course the US eventually takes, its ultimate goal should be cementing its friendship with Latin America and crowding China out as much as possible. After all, there is nothing worse than being friends with the friends of an enemy. ■