MUCH ADO ABOUT SOMETHING: CHINA’S COUNTERSPACE CAPABILITIES 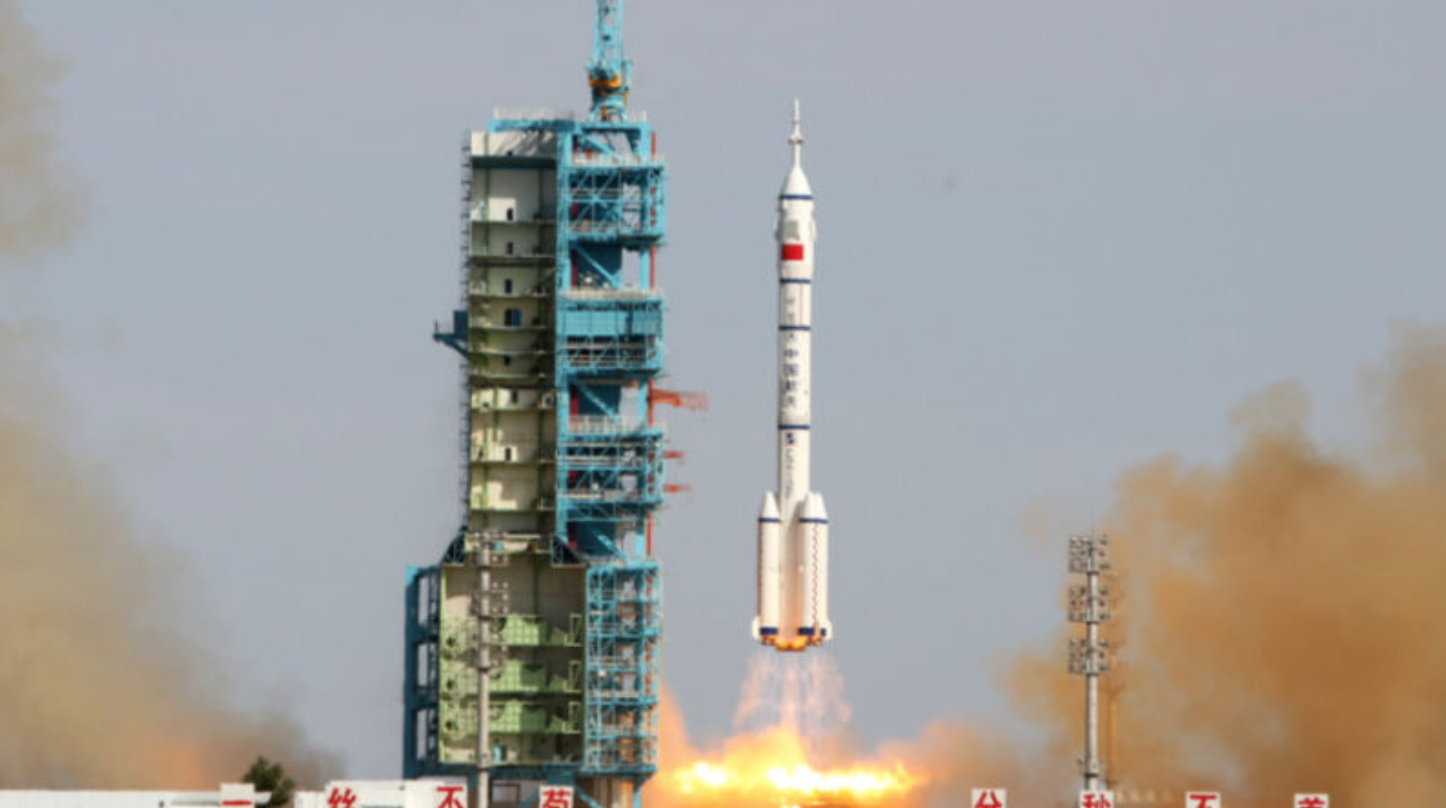 As China renews its concentration on its space capabilities, the US must determine whether the up-and-coming superpower actually poses a threat

On January 11, 2007, China launched an anti-missile test, successfully destroying its FY-1C polar orbit weather satellite with a kinetic kill vehicle. The “test,” which was designed to successfully intercept incoming missiles, took the world by storm, causing Chinese ambassadors across the globe to call home and scramble to deliver an obligatory statement. Although Chinese officials downplayed the incident, government officials in several nations lambasted China for its “militarization of space.” The United States paid particular attention to the test, with an increasing number of officials calling for greater understanding and initiative regarding Chinese space programs. Although the US has since lent greater focus to the Chinese space threat, more needs to be done in terms of technological advancement and awareness.

China and the Militarization of Space

The militarization of space refers to the placement and development of weaponry and military technology in outer space. Although attempts to militarize space can be traced back as far as the German rocket tests of 1927, space militarization truly started picking up during the Cold War’s infamous Space Race. The US and the Soviet Union spent large percentages of their GDP to sustain the development of ballistic missiles (especially intercontinental ballistic missiles) and anti-satellite weapons. However, once these weapons were developed, military planners implemented various programs to counter their effectiveness. Spy satellites were also utilized to monitor the dismantling of these space weapons in accordance with the 1967 Outer Space Treaty, signed by both nations.

Since the close of the Cold War, the United Nations has sought to slowly demilitarize space through various resolutions and treaties. In 2006, the UN General Assembly proposed the Space Preservation Treaty, which would ban all space weapons. The US voted against it, citing worries of compromising its sovereignty. In February 2008, on the heels of China’s infamous anti-missile test, China and Russia proposed a draft of the Treaty on Prevention of the Placement of Weapons in Outer Space and of the Threat or Use of Force against Outer Space Objects (PPTW). Again, the US voted against it, citing the same worries of 2006. In lieu of these treaties, the UN General Assembly passed two resolutions (“Prevention of an Arms Race in Outer Space” and “No First Placement of Weapons in Outer Space”) in 2014 seeking to prevent an arms race in space.

However, in an about face from 2008, Chinese President Xi Jinping urged for greater military use of space in a visit to Chinese Air Force headquarters in 2014. Xi asked for “a new-type combat force” and greater integration of air and space capabilities. Some have speculated that China’s fresh commitment to space militarization is a response to actions by other countries. Wang Ya’nan, deputy editor-in-chief of Beijing’s Aerospace Knowledge Magazine seemed to confirm this notion, stating “The United States has paid considerable attention and resources to the integration of capabilities in both air and space, and other powers have also moved progressively toward space militarization. Though China has stated that it sticks to the peaceful use of space, we must make sure that we have the ability to cope with others’ operations in space.” China is also in a space race within its own continent. Taking their cue from the Cold War, India, Japan, and China are all striving to outdo each other in space technology. So far, China has the upper hand.

The Pentagon, in its 2013 100-page report to Congress entitled “Annual Report to Congress: Military and Security Developments Involving the People’s Republic of China 2013,” outlined China’s growing space capabilities and the US’s resulting security concerns. According to the report, China conducted 18 space launches in 2012 and broadened its space-based intelligence, surveillance, reconnaissance, navigation, and meteorological and communications satellite constellations. Six of these satellites were specifically launched to complete their regional satellite network and further the completion of the Chinese global satellite network, which is expected by 2020.  China also launched 11 remote sensing satellites, which can be used for both military and civil missions. These satellites utilize imaging to support a variety of military objectives by providing situational awareness, critical infrastructure, and politically significant targets. The nation plans to launch 100 new satellites of all sorts throughout 2015. All these satellites were developed as part of a larger multi-layered offensive strategy designed to cover air, sea, undersea, space, counterspace, and information warfare systems.

Along with these satellites, China is also in the process of developing a number of new military assets for space. In 2008, China began constructing the Wenchang Satellite Launch Center to support rocket launches, with completion expected in 2013. In 2014, China launched its Long March 5 (LM-5) Rocket, which is intended to lift heavy payloads into space. China is also expanding its lunar program with several planned moon landings, most notably the Chang’e 2 mission. On top of this, China is developing a secretive spacecraft called the Shenlong, which may be a rival to US Air Force’s own secretive spacecraft, the X-37B. If China’s mission  to build the Shenlong proves successful, it will tip the Asian space race in its own favor and pose a challenge to the US’s reign in space.

Perhaps the most worrying aspect of China’s strategy is its new focus on developing ballistic missile defenses. China has traditionally kept such endeavors under wraps, but has been surprisingly open about its BMD development. Since 2010, China has been openly testing missile interceptors, purportedly for ballistic missile defense (BMD) and anti-satellite use. The Pentagon noted that “China is developing the ability to attack an adversary’s space assets, accelerating the militarization of space.” Although China maintains that the US has nothing to worry about and that it is simply trying to catch up with everyone else, many US officials are cognizant of the real military threats these developments pose. In their special report on China’s BMD development, Dr. Charles Ferguson and Professor Bruce MacDonald underscore the reality of these threats, stating, “The series of strategic BMD tests that China has conducted in the past five years alone should compel the United States and its allies to be alert to this important possibility and encourage closer examination of China’s possible motivations and objectives.”

To Worry or Not to Worry, That is the Question

The US’s response to China’s rising space-based technological prowess has been varied. A large number of officials have called for greater initiative and understanding regarding China’s emboldened counterspace programs. Yet, there are a few experts who hesitate to join in on the dire warnings.

In a press briefing at the Department of Defense earlier this year, Admiral Cecil D. Haney, commander of US Strategic Command, stressed the danger of a strengthened Chinese missile program: “The threat in space, I fundamentally believe, is a real one. It’s been demonstrated.” Haney also referenced the Pentagon report, which suggests that China’s commitment to successful space programs is an indication of their its for international prestige. Robert Work, deputy US secretary of defense, explained how China’s newfound space capabilities disadvantages the United States: “Because of budget uncertainty and restrictions imposed by Congress…we’re chronically underinvesting in new weapons and capabilities…that should give all of us pause because our technological dominance is no longer assured … We see several nations developing capabilities that threaten to erode our long-assured technological overmatch and our ability to project power.”

Franz-Stefan Gady, a senior fellow at the EastWest Institute, is more hesitant to proclaim doom and gloom. Gady argues that many analysts have suggested that current threat scenarios are more closely linked with US budget cuts than any actual threat presented by China. He also cites Jaganath Sankaran, who notes that “all US military satellites are not equally vulnerable to a Chinese ASAT [anti-satellite weapons] attack. Furthermore, the benefits from an ASAT attack are limited and would not confer decisive military advantage in every plausible conflict.” Gady adds that China also faces a substantial range of orbital latitude between it and US military satellites. This situation is compounded by China’s lack of satellite tracking capabilities, which can lead to inaccuracies and flawed plans. As such, he insists that the US focus on its own house and cease worrying about a “minimal” threat.

Regardless of China’s threat level, the US should anticipate and prepare for cases in which its space dominance may be challenged. Some commentators claim the US has already lost its foothold, which should only hasten the process. Deputy Secretary Work announced a strategy to assure dominance, called the Defense Innovation Initiative (DII). According to Work, DII is focused on identifying, developing, and fielding breakthrough technologies as well as finding ways to utilize the US’s current capabilities efficiently and creatively. The US has also established the “Space Situation Awareness Program,” which aims to detect and identify any mischief in space. Both these programs are a great start to ensuring US security in space, but they may not be enough in the long run. If China catches up or overtakes the US in space-based technology, the US will no longer be in a position of power. Chinese authority over space will force the US to be on the defensive against inevitable ICBM attacks.

To preempt this, the US can do several things. First, the US should look into bringing NASA back. As the government’s arm in space, NASA was a vital element in the development of numerous space-based missions and weapons. The US should also improve its high school and college STEM [science, technology, and math] programs by bringing cutting-edge technology and highly-experienced individuals to schools, as well as offering scholarships as incentives. Finally, the government should encourage technological ingenuity in the American workforce by providing financial incentives in the form of grants and scholarships. Following these suggestions will help the US maintain its dominance in space and preserve its security.  ■