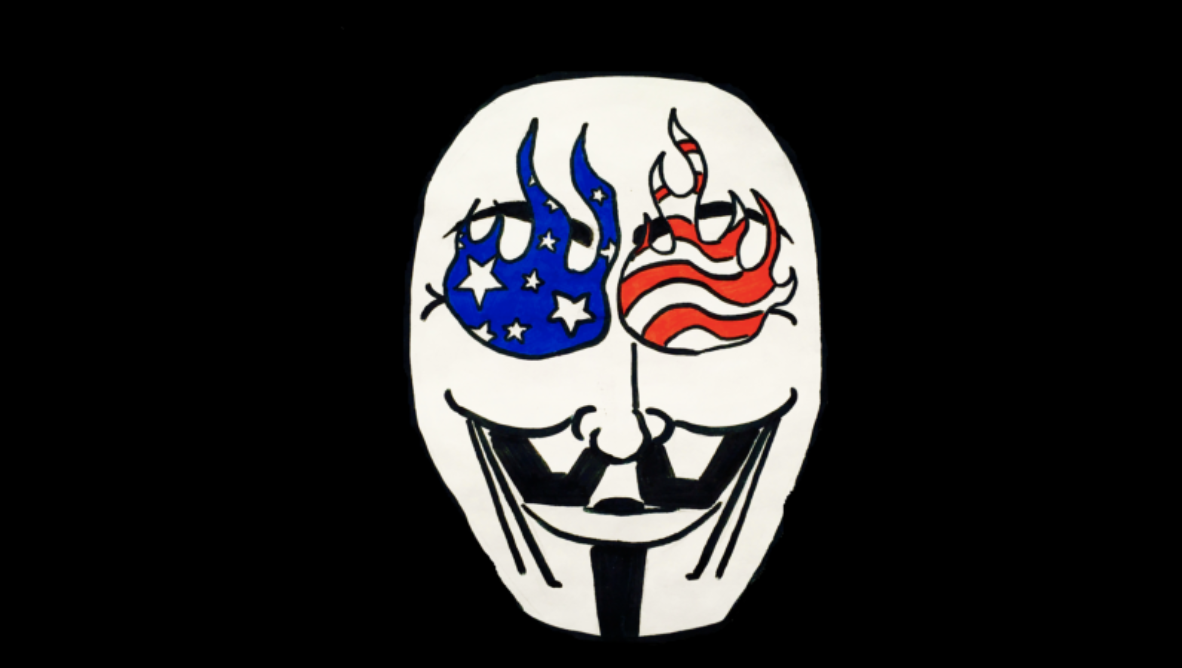 Anonymous threatens the US government through increase capability and Trump vilification

Anonymous poses an increased threat to US national security as anti-government rhetoric combined with greater hacking capabilities enable Anonymous to strike the US where it is significantly vulnerable: sensitive information leaks. As the US increasingly struggles with leaks of classified information, such as the recent Vault 7 leaks debacle, and general cybersecurity woes, Anonymous, the incredibly powerful hacking group, could become a serious threat. Anonymous has been hacking quantitatively and qualitatively more in the last decade since its fumbling early efforts of the 2000s. Additionally, Anonymous has increased specifically anti-Trump rhetoric. These factors combine to point to possible damaging leaks by Anonymous in the near future.

Anonymous’ hacking ability has improved considerably over the last five years as evidenced by the group’s recent dark net hack. On 2 Feb 2017, a hacker affiliated with the group Anonymous broke into Freedom Hosting II, the largest deep web website host, shut down over 10,000 dark websites the hacker believed to be purveying child pornography, and stole personal data related to individuals who used the sites. This hack was colossal, effectively shutting down 20% of the darknet, that majority of the internet which is composed of sites which cannot be accessed through conventional means such as search engines. Humanitarian reasons featured heavily according to statements released by the hacker detailing the reasoning for the attack. “We are disappointed,” the statement read, “This is an excerpt from your front page, ‘We have a zero tolerance policy for child pornography.’ All your files have been copied and your database has been dumped. [The hack was] surprisingly easy.”1 Anonymous stole personal data quite easily, pointing ultimately to their ability to leak sensitive government information.

Combined with this increased ability is a transition within Anonymous from free speech and humanitarian advocacy to anti-government rhetoric. Anonymous Official’s, the official Youtube channel of Anonymous, most recent videos include “messages to future generations” and calls to “wake up” to government encroachment on individual rights. Though Anonymous’ messaging has always included an anti-establishment emphasis, that emphasis was not as strong in the past. Anonymous’ first major appearance was the 2008 hacking of the Church of Scientology. Anonymous left a famous message which set the precedent for Anonymous outlining its intentions with each attack. This first attack also set the tone for Anonymous in that the most important emphasis of Anonymous messaging was freedom of speech. Additionally, Anonymous’ most regular attack is related to the annual #OpIsraeliBirthday, which is a campaign of hacking and twitter messaging motivated by humanitarian concerns for Palestinians. Anonymous is transitioning from a hacktivist group promoting freedom of speech and humanitarian concerns to an anti-government group.4

Anonymous has additionally transitioned away from its most famous mode of attack, the Distributed Denial of Service (DDoS) to more damaging types of attacks, such as leaks. One of Anonymous’ most famous attacks, Operation:Payback, was instituted in September 2010, and was the result of Anonymous fury over the Motion Picture Association of America’s (MPAA) attempt to shut down the illegal movie streaming site Pirate Bay. Anonymous responded in textbook fashion, firing at the MPAA’s website and related sites with their “ion cannon,” a DDoS attack. Every major action of Anonymous through 2013 featured the DDoS attack almost exclusively, which, due to the necessity of individuals committing time to the attack, generally does not last more than a few days. As evidenced by the Freedom Hosting II shutdown, Anonymous is capable of greater and lasting damage today, including stealing information.5

Anonymous’ ongoing war with President Trump – #OpTrump – is the latest demonstration of Anonymous’ increasing displeasure with the establishment. Anonymous declared “total war” on Trump at the beginning of his presidential campaign in June 2015. After his victory they claimed he would “regret the next four years,” claiming that they could leak incriminating facts about the President.6 The most significant action thus far was Anonymous’ purported leak of social security numbers and phone numbers related to Trump and his cabinet. Though the numbers and social security information were somewhat dubious, the ability of Anonymous to generate leaks of all sorts is terrifying to government agents related to Trump and Intelligence Community elements. This concern is valid in light of recent leak problems such as the hack of the DNC or the Vault 7 issues. Anonymous’ threats to leak information on Trump and these early attempts to do so portend significant danger to the US should Anonymous choose to leak other information.

Responding to Anonymous should be part of a general impetus to harden all US government and Intelligence Community potential targets to cyberattacks. Every aspect of US cybersecurity needs to be improved. As Marcel Lettre, former Under Secretary of Defense for Intelligence, wrote in an op-ed for Defense One, “We expend great cost and effort to build precious military and intelligence advantages for America over our adversaries. Time after time, these advantages have evaporated when the blueprints or secret know-how have been stolen by our adversaries or revealed publicly by the likes of WikiLeaks.”7 More timely or accurate insight into perhaps the most important aspect of national security cannot be found. The US must harden its cybersecurity targets. ■