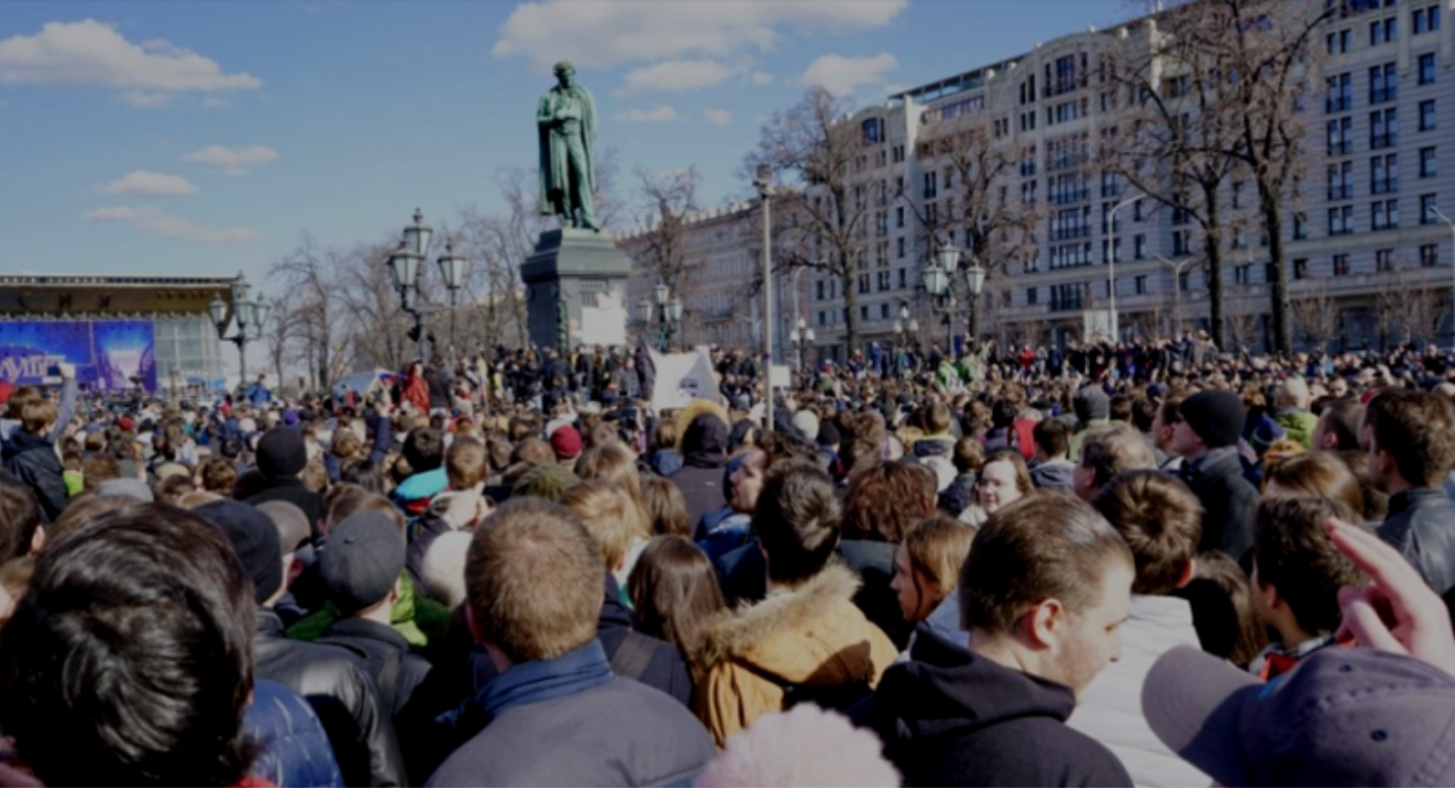 Despite the Efforts of the Russian regime to suppress them, the recent anti-corruption protests in Russia demonstrate that the nation is far less politically unified than the official state news would like to tell. Thousands of Russian citizens in 99 cities across the nation came together to speak against the illegal wealth of Russian Prime Minister Dmitry Medvedev. Protestors were met with thousands of riot police, who arrested at least a thousand protestors, including staff members for political opposition leader Alexei Navalny. The next day, Russian police arrested protestors participating in trucker and tractor protests. These events should cause the United States to pause and examine the true state of political affairs in Russia. Massive anti-corruption protests in Russia went unreported in official state news. The rallies began after Russian opposition voice Alexei Navalny released reports claiming that Russia’s Prime Minister, Dmitry Medvedev, owned yachts and mansions and vineyards – even a special house for a duck – a fortune far greater than his salary.1 International news correspondents claim that the March 26 rallies were the biggest marches since anti-government demonstrations in 2011 and 2012.1 A reporter for the Washington Post who was present at the protest in Moscow said more than 20,000 people joined the rally in that city.2 Russian opposition newspaper, The Moscow Times, reported that the official state news source, Russian Television, made no mention of the protests.3 Even Russia’s Sunday TV shows, like the popular program “News of the Week,” had no coverage of the event.3 According to local news reports, authorities pressured students not to go to the protests and some schools even scheduled exams on Sundays.1

Russian police arrested more than a thousand protestors for participating in this event. The protests were planned in 99 cities, but in 72 of those cities the local authorities did not give their permission.1 In Russia, protests cannot happen unless they are first approved by the government. In Moscow alone, almost a thousand people were arrested.4 In Vladivostok, Russian police detained 50 of 1000 protestors.4 Alec Luhn, a journalist with The Guardian, was detained for a period of five hours.1 Eleven members of Navalny’s Anti-Corruption Fund were arrested for live-streaming the event.5 Navalny, who plans to run in Russia’s presidential election in 2018, himself received a 15-day prison sentence.5 White House Press Secretary Sean Spicer said that the United States “strongly condemns the detention of hundreds of peaceful protesters throughout Russia on Sunday,” and stressed the U.S. calling for the release of all detained protestors.6 The suppression of truck driver and farmer protests the day after the anti-corruption protests demonstrates that lack of freedom of speech in Russia is a systematic problem. On March 27, 2016, truck drivers across the nation participated in a nationwide protest against a recent toll increase.7 Trucks were parked in lines by the side of the road with protest signs on their sides. While most information on these protests did not even make international news, social media reported that Russian police detained 25 protestors.8 In the Krasnodav Territory, Russian police also arrested the organizer of the farmer’s tractor march in Russia, scheduled for March 28, 2017.9 The tractor march was an attempt to unify farmers against the illegal seizure of their land and tractors.

Russia’s suppression of free speech is nothing new, however, the suppression of the March 26 anti-corruption protests brings into question the real state of Russian public sentiment. How much can we trust the official news coming out of the former Soviet nation? Did Putin really receive an 87% approval rating in 2016 (a number from the state-run Russian Center for Public Opinion Research)?10 How many Russian citizens just go along with official government sentiment for fear of what might happen to them? When freedom of speech is suppressed, perhaps the most frightening result is the speech that never happens. If anything, Russian suppression of free discourse means that the United States needs to more closely examine the political situation in Russia. It is possible that, at some point in the future, the nation may be on the brink of collapse with a world unaware. Whether opposition voices lead to political realignment or political collapse in Russia, these are events that the United States must anticipate, not remediate. ■