The Youth Music Academy (YMA) was established by Patrick Henry College in 2007 to serve the community and encourage local homeschooling families in their educational undertaking.  In accordance with the mission of Patrick Henry College, YMA seeks to proclaim the glory of God through music performance and provide an educational opportunity for homeschool students to grow musically, intellectually, and spiritually. The YMA choir and orchestra are comprised of high school and middle school students and meets once a week on the PHC campus for rehearsals.

Future performance dates will be updated in the summer of 2021. 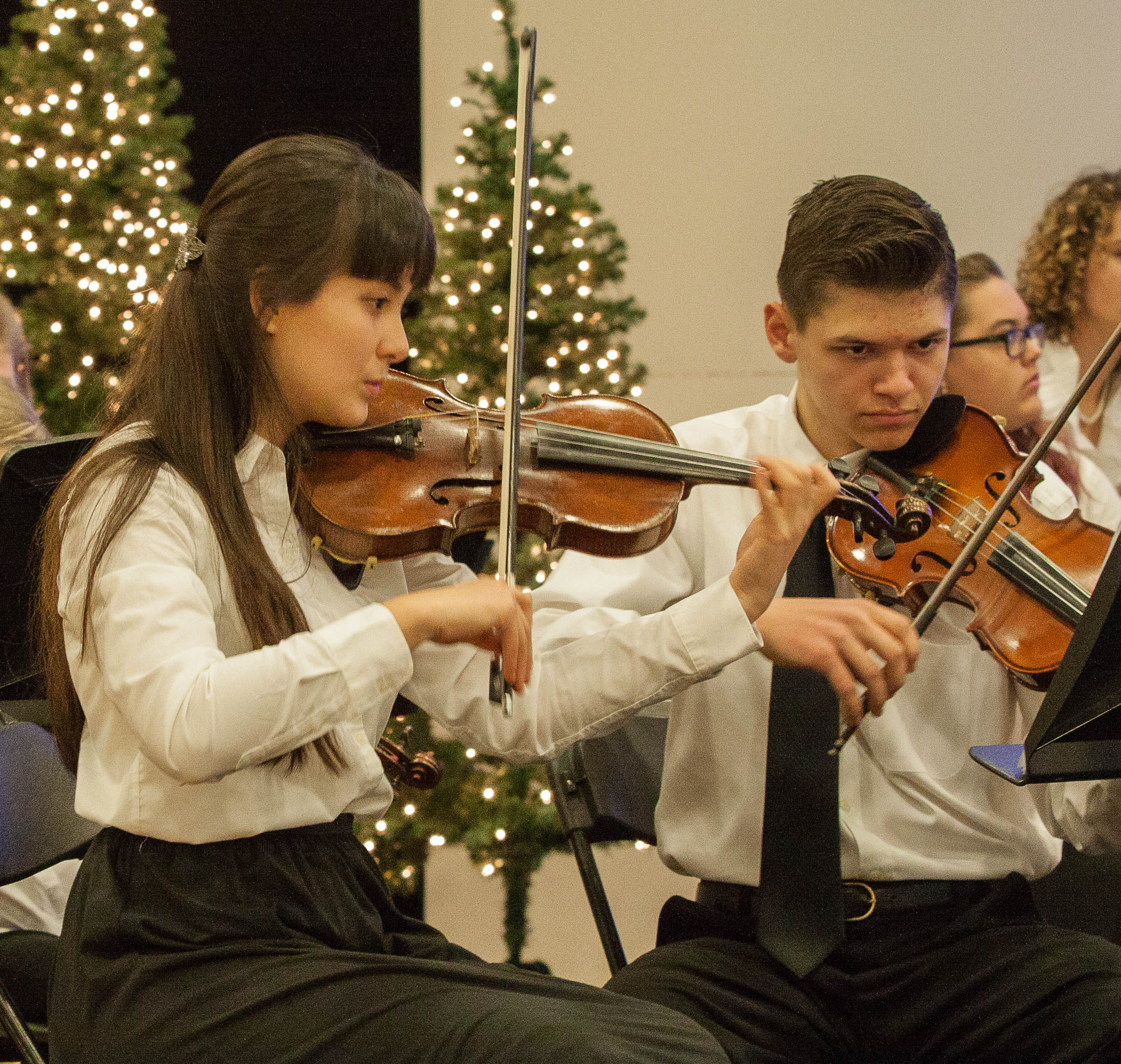 “We are pleased to sponsor this musical organization in an effort to serve both our community and our students. The purpose of the YMA is two-fold in that it seeks to provide an outlet for young musicians in our region to grow in their musicianship and poise through the study and performance of music and to provide a musical practicum for the college’s CLA-Music Track students. PHC students who are CLA-Music Track majors will receive internship/practicum credit for their time working with the YMA participants as part of their prescribed course of study. The potential for mentorship and musical growth on all levels of this partnership makes this organization one of the most exciting pedagogical instruments that I have ever seen.” ~ Dr. Steven McCollum

If you would like to support the Youth Music Academy and our upcoming performances, you can make a tax-deductible donation by visiting the Connect and Support page. Be sure to note that the donation is for YMA in the comment box.

Before admission into YMA, a student must complete the audition process, which is a short, informal meeting with the director to gauge the student’s current ability. To facilitate this process, we ask that the student and parent complete the proper audition form and bring to the audition.
YMA holds auditions each summer for the upcoming school year and also in January if space is available. To schedule a choir audition, contact Mr. Rod Appleton at rod.appleton@c21nm.com. To schedule an orchestra audition, contact Mr. Todd Morrison at morrison@dawsongap.com

Rehearsals
Weekly rehearsals for YMA are held on the Patrick Henry College campus on Wednesdays. The Choir meets in Town Hall from 1-3pm, and the Orchestra meets in the large music rehearsal room in the basement of the Barbara Hodel Center from 3:30-5:30pm. See the calendar for the start dates for each semester. Please note that PHC has a “business casual” dress code for all students during business hours each week, which also applies to YMA participants. Simply put, the dress code asks that students do not wear jeans, t-shirts, or tennis shoes during business hours.

Attendance
YMA desires to see all students succeed and grow as musicians.  Because musical ensembles are teams where each performer is necessary to the whole, attendance at all rehearsals, events, and performances is expected.  “If one part suffers, every part suffers with it; if one part is honored, every part rejoices with it.” (1Cor. 12:26) YMA provides a list of dates before the semester begins; some YMA events may require students to reschedule or miss normally scheduled classes and/or activities.  Parents must check these dates carefully against the student’s academic and personal calendars before signing the performance commitment on the registration form.  If an emergency conflict arises during the school year, parents must submit notice to the director in writing, by email, as far in advance as possible.  Verbal explanations cannot be accepted.

Decorum
YMA is affiliated with and sponsored by Patrick Henry College, a faith-based institution established with clear mission and worldview statements, which all full-time and adjunct faculty embrace.  While participants in the YMA will not be asked to sign any statements of faith or worldview, we do ask that all participants become acquainted with the views of the college and behave in a way that demonstrates respect for these views.

For more detailed information about YMA, please refer to our Policies and Information or email the chairman, Nancy Palmisano at yma.chairman@gmail.com.

For more information on how to order, view this downloadable PDF.

Todd Morrison won a position as a saxophonist in the U.S. Navy Band in 1996. He earned his Bachelor's degree from Ithaca College and his Master's degree from George Mason University. His former teachers include Steven Mauk, Jamal Rossi and Dale Underwood. He has been featured as soloist with the United States Navy Band, Ithaca College Symphony Orchestra, Ithaca Concert Band, the Capital Wind Symphony and the Loudoun Concert Band. He was twice a winner of the Ithaca College Concerto Competition, a Classical Soloist winner for Down Beat Magazine, a finalist in the National Symphony Orchestra Concerto Competition, a runner-up in the North American Saxophone Alliance Performance Competition and 2nd prizewinner of the Fischoff National Chamber Music Competition. Todd Morrison was named director of the Patrick Henry College Youth Music Academy Orchestra in 2008.
Todd and his wife Melissa, home school their six children and currently reside in Hillsboro, VA.

Rod Appleton graduated from Biola University in La Mirada, CA in 1983 with a Bachelor of Music degree in Music Education. He received his Masters of Music degree in Choral Conducting from California State University, Fullerton, in 1988. He has directed numerous Junior High, Senior High, and College level choral ensembles in California, and was a Music and Worship Pastor at three churches in California and British Columbia. In 1998 he began a full-time career in real estate and has since continued his choral conducting and church music in an adjunct/part-time capacity.
Rod and Terry Appleton moved from California to Virginia in 2005, and live at Appleton Farm in Round Hill. Their oldest son is married and serves in the USAF, and they have another son and daughter who both attend Virginia colleges. Rod currently works as a Realtor with Century 21 New Millennium.