You've heard the rumors. Whether you homeschool your teen or you've met someone who does, you're probably pretty familiar with some false assumptions people seem to have about homeschool teens. Here's some of the top myths you'll hear about homeschoolers. 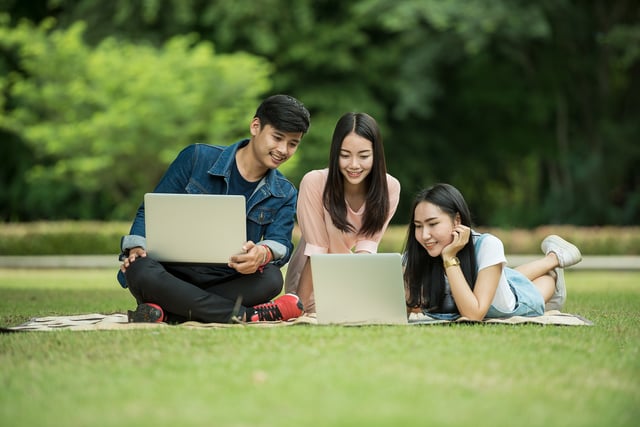 1. "They don't know how to socialize"

Since homeschoolers don't attend classes every day with dozens of kids their age, people often assume they aren't able to develop friendships or interact with others normally. But of course that's not true. Not only do homeschool students often attend classes with their cover schools or co-ops, but they also participate in extra-curricular activities and sports with kids their own age. So if you put a homeschooler in a room with other teens, he's not going to freeze up and not say anything; they'll be talking about the winner of the Super Bowl or getting excited about the Winter Olympics in no time.

Just like public school or private school teens, homeschool teens are surprisingly not identical clones of each other. Not all homeschool families decided to homeschool for the same reasons. Additionally, each family approaches homeschooling in a personal manner, choosing the best format for their students to learn.

3. "They only study and read books all the time"

While homeschool students are usually extremely well read and self-proclaimed nerds, they also have a ton of fun. They'll throw themselves into baking, hiking, music, art, speech and debate, football, soccer, and even cheer leading. Just like at a normal high school, there's a different activity for every type of student.

4. "They won't be prepared for college or class room setting"

Homeschooled teens were basically born ready for the classroom environment: this is their opportunity to engage with the ideas they've learned with a professor and other classmates! Plus, most homeschoolers have taken a class either within a co-op or online, so they've had experience asking and answering questions, taking notes, and listening to a lecture.

5. "They sometimes do school in their pajamas."

Wrong. We always do school in pajamas.

What are some other homeschool myths you've encountered?