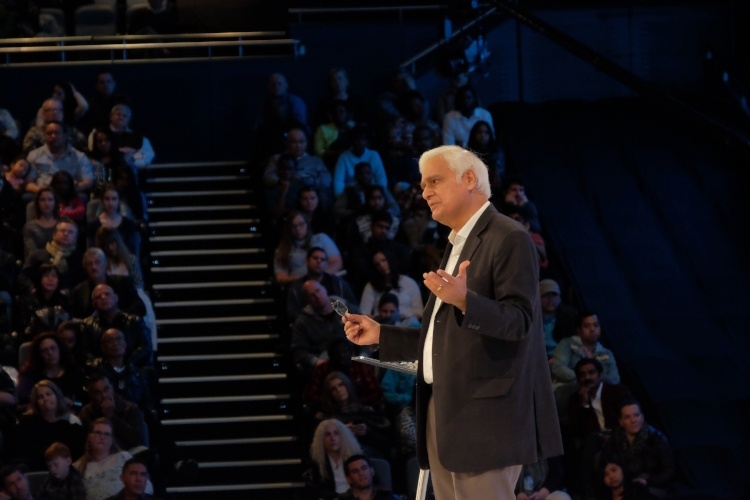 Patrick Henry College is honored to host Ravi Zacharias as the 2017 Commencement speaker May 13th, 2017. The Commencement ceremony is open to invited guests, alumni, students, faculty, staff and family & friends of the graduates. Any additional viewers may live-stream the event beginning at 11:00am.

Ravi Zacharias is Founder and President of Ravi Zacharias International Ministries (RZIM), which celebrated its thirtieth anniversary in 2014. Mr. Zacharias has spoken all over the world for 44 years in scores of universities, notably Harvard, Dartmouth, Johns Hopkins, and Cambridge. He has addressed writers of the peace accord in South Africa and military officers at the Lenin Military Academy and the Center for Geopolitical Strategy in Moscow. At the invitation of the President of Nigeria, he addressed delegates at the First Annual Prayer Breakfast for African Leaders held in Mozambique.

Mr. Zacharias has direct contact with key leaders, senators, congressmen, and governors who consult him on an ongoing basis. He has addressed the Florida Legislature and the Governor’s Prayer Breakfast in Texas and Louisiana, and has twice spoken at the Annual Prayer Breakfast at the United Nations in New York, which marks the beginning of the UN General Assembly each year. As the 2008 Honorary Chairman of the National Day of Prayer, he gave addresses at the White House, the Pentagon, and The Cannon House. He has had the privilege of addressing the National Prayer Breakfasts in the seats of government in Ottawa, Canada, and London, England, and speaking at the CIA in Washington, DC. 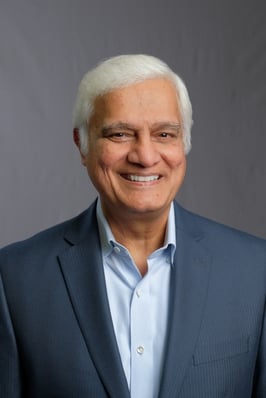 Born in India in 1946, Ravi immigrated to Canada with his family twenty years later. While pursuing a career in business management, his interest in theology grew; subsequently, he pursued this study during his undergraduate education. He received his Master of Divinity from Trinity International University in Deerfield, Illinois. Well-versed in the disciplines of comparative religions, cults, and philosophy, he held the chair of Evangelism and Contemporary Thought at Alliance Theological Seminary for three and a half years. Mr. Zacharias has been a visiting scholar at Ridley Hall, Cambridge (then affiliated with Cambridge University, now more recently allied with Cambridge and affiliated with Durham University) where he studied moralist philosophers and literature of the Romantic era.

Mr. Zacharias has authored or edited well over twenty books including the Gold Medallion winner Can Man Live Without God (Word, 1994), Walking from East to West (Zondervan, 2006), The Grand Weaver (Zondervan, 2007), Has Christianity Failed You? (Zondervan, 2010), Why Jesus, (FaithWords, 2012), and Beyond Opinion (Thomas Nelson, 2007), which includes contributions from RZIM’s global team. His latest books are Jesus Among Secular Gods (January 2017) and Why Suffering? (2014), both coauthored with Vince Vitale and released by FaithWords. Several of his books have been translated into Russian, Chinese, Korean, Thai, Spanish, and other languages.

Ravi has appeared on CNN, Fox, and other international broadcasts. His weekly radio program, “Let My People Think,” airs on 2337 outlets worldwide, his weekday program, “Just Thinking,” on 721, and his one-minute “Just a Thought,” on 488. Various broadcasts are also translated into Romanian and Turkish, and “Let My People Think” airs as the Spanish-language program “Pensemos” on over 250 outlets in sixteen countries. Additionally, his television program, “Let My People Think,” is broadcast internationally in several countries including Indonesia. RZIM is headquartered in Atlanta, Georgia, with additional offices in Canada, India, Singapore, the United Kingdom, the Middle East, Hong Kong, Romania, Turkey, Austria, Spain, and South Africa. Mr. Zacharias and his wife, Margie, have three grown children. They reside in Atlanta.