On August 27, the Lady Sentinels took the field for their first match of the Fall ’22 season this past weekend against the Hagerstown Community College Hawks.  Within the first five minutes of the game, PHC senior, Cana Cossin, started the home team off with a BANG.  After receiving the ball off a throw-in from teammate Kirsten Strait, Cossin launched a deep shot from the sideline roughly 20 yards out, catching the Hawks’ keeper off guard and notching the first goal of the game and first goal of the season for the Lady Sentinels.

Although Hagerstown had a number of dangerous chances, the Lady Sentinels’ back line, led by sophomore Lily Young and goal keeper Sarah Virts, were able to keep the speedy Hawks attackers from finding the back of the net for the remainder of the first half, allowing PHC to enter half time with a 1-0 lead over HCC.

However, the Hawks quickly brought the game back level with a goal within the first minute of the second half from sophomore forward Marissa Fouke.  With the score immediately tied up, Lady Sentinels dug their heels in and prevented any other further scoring, bringing the game to a close with a 1-1 tie.

Head coach, Ethan Patrick, says about the game; “I am so proud of how the girls played and fought the entire game.  We have discussed how we want to play.  We were able to stick to that strategy for the majority of the game, and we are pleased with the results! To step on the field and earn a tie with roughly one-third of the team never even touching a soccer ball before this year, I would say that’s a pretty good start.”

The Lady Sentinels start 0-0-1 in their season and will travel to Norfolk, VA to take on the Regent University Royals on 9/5 (Labor Day) at 4pm.  The game can be live streamed at the following link: Patrick Henry College vs Regent University. 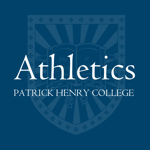